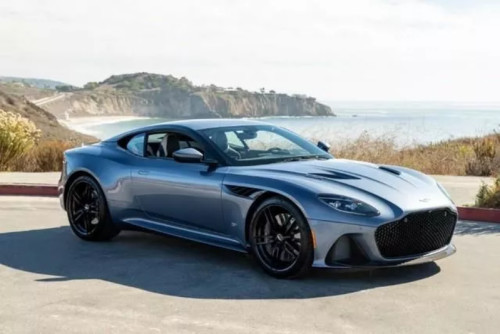 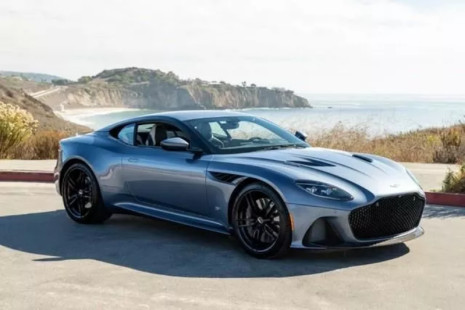 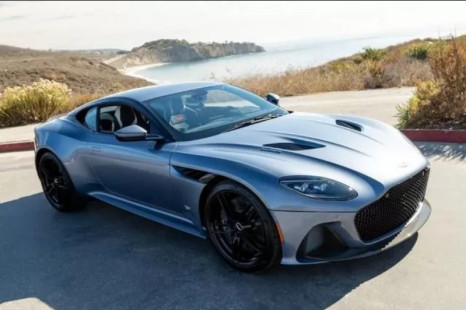 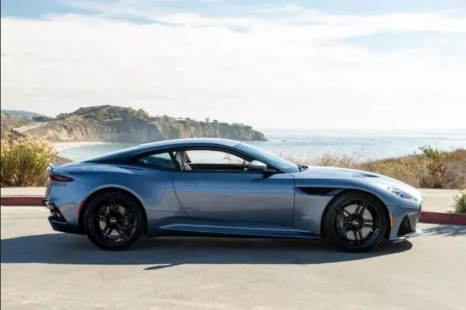 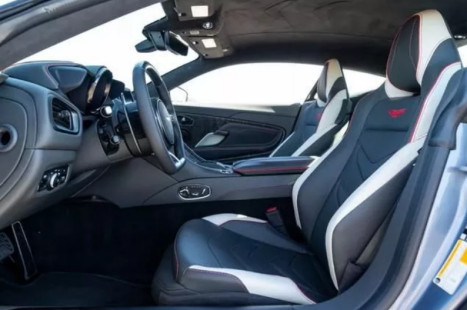 As Aston Martin contemplates some radical new directions for its vehicles, it's reassuring to see that parts of its portfolio remain traditional. Soon, the British luxury brand will launch its first SUV, the DBX, as well as the beyond-hypercar Valkyrie that will lead to a whole family of mid-engined models targeting Ferrari. Against this, the predictable decapitation of Aston's DBS Superleggera sport coupe seems comfortingly familiar. Enter the 2020 DBS Superleggera Volante. The DBS coupe is based on the lesser DB11, so it's no surprise that the DBS Volante shares a similarly direct relationship with the open-top DB11. Both cars use the same structure and folding-fabric-roof mechanism, although the DBS gets carbon-fiber bodywork and a muscular exterior design to signal that it has been turned up some. While the DB11 Volante is available only with a Mercedes-AMG–sourced twin-turbocharged 4.0-liter V-8, the DBS uses Aston's own twin-turbo 5.2-liter V-12 as its sole powerplant. In the DBS, that V-12 sports the engine's highest state of tune, good for 715 horsepower. The rest of the Volante's mechanical package sticks closely to that of the coupe. Aston says the formula makes it the fastest softtop in the company's history. Top speed is claimed to be 211 mph, with the roof open or closed. (Matt Becker, Aston's chief development engineer, considers that figure to be conservative, as his team has seen 215 mph during the Volante's internal testing.) While never short on power, the DBS finds it a challenge to live up to the Superleggera part of its name. The Italian term, which means ""superlight,"" was originally used in Aston's world to describe Zagato's construction technique for early custom Astons, such as the DB4 GT. It certainly seems incongruous when applied to a car that, despite its aluminum structure and carbon panels, weighs well in excess of two tons. The Volante is 220 pounds heavier than the DBS coupe, according to its maker, but this extra mass doesn't blunt Aston's acceleration figures. The factory quotes a zero-to-60-mph time just 0.2 second slower than the hardtop's. From the perspective of the driver's seat, those numbers seem entirely plausible. The turbocharged V-12 has muscle everywhere, from huge low-down torque to a snarling top end that, with the throttle pinned, delivers acceleration sufficient to make passengers squeal. Our test drive was conducted mostly on narrow Spanish mountain roads, which were twisty enough to look as if spaghetti had been spilled on the Volante's navigation screen. The mighty 12 can summon huge speed on even the shortest straights; fortunately, the car's massive carbon-ceramic braking system proved equally adept at slowing it without drama or untoward noises. The DBS's powerplant also delivers on the other side of Aston's traditional brief: the velvet padding that surrounds its iron fist. Under gentle use, the engine is refined and instantly responsive. The only way to detect any turbo lag is to deliberately select too high a gear. The exhaust note is pleasingly bass-heavy even with the car in its softest GT driving mode, especially with the roof down. Toggling the car into its Sport or Sport Plus settings adds some pops and crackles to the soundtrack while also sharpening both the engine's throttle response and the programming for the transmission. Although the standard ZF eight-speed automatic returns snappy responses when under manual control and does a fine job of keeping up with faster progress, we found it a bit too eager to kick down a gear in GT mode under the sort of part-throttle requests that could be managed by the engine's brawny midrange thrust. The V-12's torque peak of 664 lb-ft is available from just 1800 rpm, although that output is electronically limited in lower gears. Outright traction is outstanding, with little intervention from the stability control even under hard acceleration from low speeds.