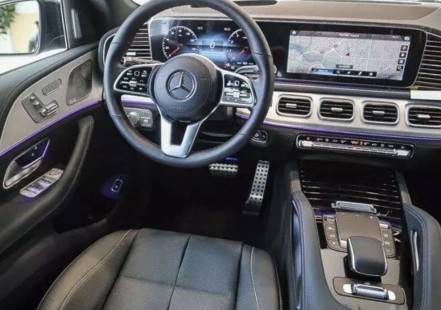 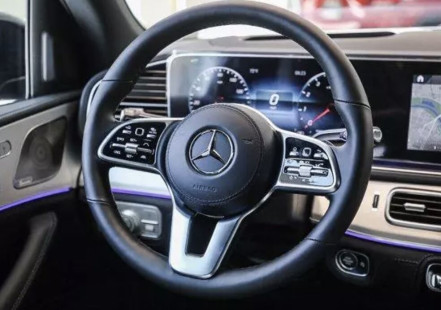 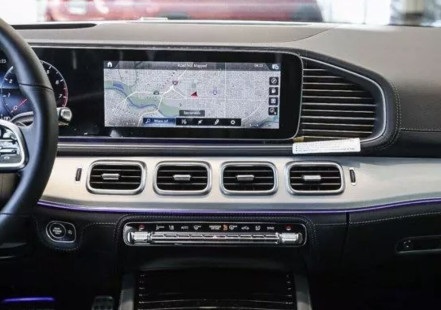 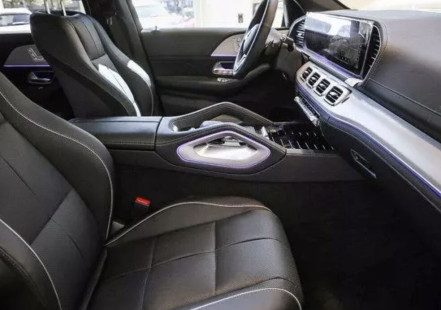 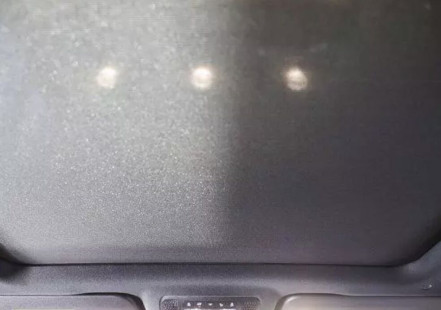 Sitting atop the Mercedes-Benz SUV lineup is the posh and powerful 2022 GLS-class, which earns its place alongside other high-end Benzes with a technology-and-luxury-laden cabin. A 362-hp turbocharged inline-six is assisted by a 48-volt hybrid system to deliver a silky-smooth experience, and the GLS's handling is poised and fluid, which makes it surprisingly fun to drive. All-wheel drive and air suspension are both standard, and the GLS can be equipped with novel options such as a camera system that watches the road ahead for potholes. There's room for up to seven—although optional second-row captain's chairs reduce occupancy to six—and everyone should find the GLS's interior to be spacious and comfortable. Fuel economy isn't great, but it's aligned with other large SUV rivals such as the Land Rover Range Rover and the Lincoln Navigator, neither of which can match the GLS's athletic on-road demeanor. The GLS-class can now be equipped with an AMG Line appearance package as well as a blacked-out Night appearance package. Cirrus Silver is now an option, as is Espresso Brown with black leather upholstery. Buyers can also now order all-season floor mats. The Executive Rear Seat Plus package turns the second row into a luxurious zone with massaging seats, a wireless smartphone charging pad, a tablet controller for the GLS's infotainment system, plusher headrests, and side-impact airbags. Ordering that package requires that you shell out for leather upholstery, which, surprisingly, isn't standard. Two models are offered—the six-cylinder GLS450 and the eight-cylinder GLS580—and both feature some hybridization. The GLS450's turbocharged 3.0-liter inline-six is silky smooth and good for 362 horsepower. The GLS580 is far more powerful, making 483 horsepower from its twin-turbocharged 4.0-liter V-8. At our test track, the GLS450 managed a brisk 5.5-second run to 60 mph and stopped from 70 mph in a short 154 feet. Despite its size, the GLS-class is easy to hustle on a twisty road, but it's not overly sporty or harsh over bumps. All models come standard with an air suspension, but Mercedes also offers a trick new system called E-Active Body Control. It utilizes a forward-facing camera to scan for bumps and adjusts the suspension accordingly so riders won't feel those road imperfections. It's a cool technology but expensive, and we think most buyers will find the standard setup does a fine job. The EPA fuel-economy estimates for the GLS-class aren't great. The GLS450 earns 19 mpg in the city, 23 mpg on the highway, and 21 mpg combined. The GLS580 does worse, with 16 mpg, 21 mpg, and 18 mpg, respectively. In our real-world testing, the GLS450 performed a little better than its rating, managing 24 mpg on our 200-mile highway loop. The GLS580 returned a dismal 18 mpg in the same test. If fuel economy is a priority for you, the BMW X7 will be a better choice in the luxury-SUV department. A six-cylinder X7 xDrive40i managed an impressive 28 mpg in our highway test while an eight-cylinder xDrive50i delivered 24 mpg. For more information about the GLS-class's fuel economy, visit the EPA's website.