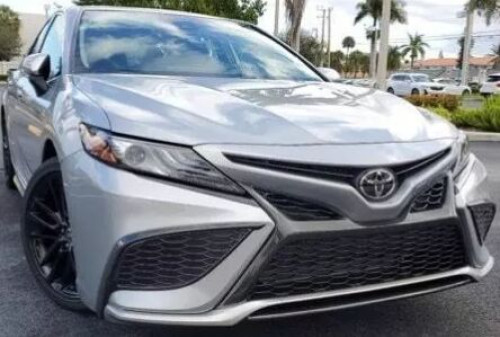 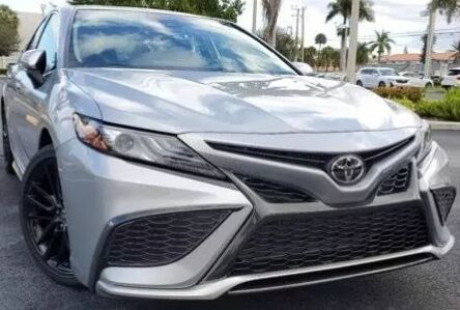 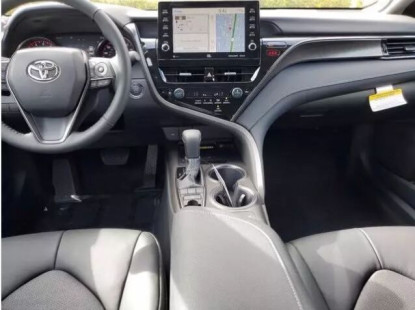 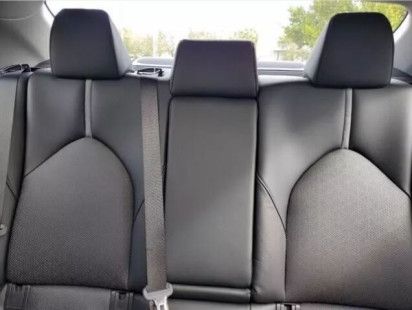 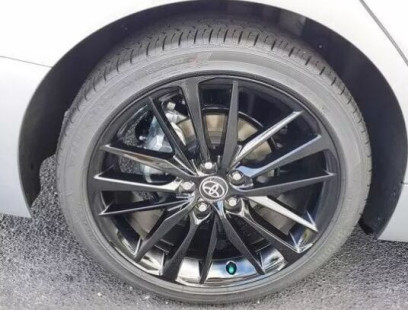 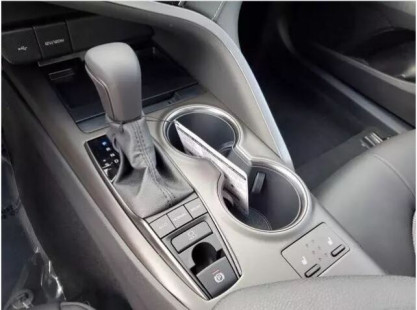 The 2022 Toyota Camry shares a nameplate with the generations that came before, but its extroverted styling and performance model make it almost unrecognizable. That's because the current Camry is arguably the most compelling it has ever been. The standard, albeit humdrum, four-cylinder engine is economical and fine for daily driver duty. The hybrid version maximizes fuel economy, even if its acceleration is uneventful. That leaves the lusty 301-hp V-6 to pick up the pace, especially on the sport-tuned Camry TRD, which is actually entertaining to drive. While rivals like the Honda Accord and Hyundai Sonata are more refined and satisfying overall, the Toyota has its own desirable qualities, such as a full suite of standard active safety features and goodwill generated by decades of proven reliability. The only news for the 2022 Camry lineup relates to how its myriad models look. Unlike before, the Nightshade appearance package (which adds black exterior trim, black wheels, etc.) can now be had on the hybrid models. The Camry's paint options are also slightly different, with Edge White now available on non-TRD trim levels. However, the Galactic Aqua hue has been discontinued. We'd select the spiciest Camry of the bunch, which is the tuned-up TRD model. It's only available with the 301-hp V-6 and eight-speed automatic. In addition to its racier body kit—complete with a discrete rear spoiler and a pair of prominent exhaust tips—the sedan sports a retuned suspension that's 0.6 inches lower than on the regular models. Other performance-enhancing features include larger front brake rotors and black 18-inch rims that can be had with all-season or summer tires. The upgrades make the Camry TRD more engaging to drive than the rest of the lineup, even if its cat-back exhaust system doesn't sound as thrilling as its many aerodynamic add-ons suggests. The standard four-cylinder engine pairs with a silky eight-speed automatic, but its acceleration numbers are disappointing. A less powerful version of that engine works with a battery and two electric motors to power the Camry hybrid, which is no more exciting to drive than the base powertrain. The real gem of this lineup is the velvety 301-hp V-6 that's available on the XLE and XSE models as well as the TRD variant. We're also happy to say that we no longer hate driving the Camry. It has a controlled ride and surprisingly responsive handling. The steering is pleasantly weighted and feels substantial when cornering and light when maneuvering in parking lots. We found the Camry's brake pedal responsive and not too soft, even in the hybrid, in which it must meld friction with regenerative braking (where the energy from braking is used to recharge the hybrid's battery pack). At lower speeds, however, the hybrid's brake pedal is hypersensitive, making parking maneuvers a bit of a herky-jerky affair. The whole Camry lineup performed extremely well in the EPA's tests, and a four-cylinder model did brilliantly in our real-world highway testing. The most efficient nonhybrid Camry models are the LE and SE with the four-cylinder engine, which earned EPA estimates of 28 mpg city and 39 mpg highway; the base LE hybrid earned ratings of 51 mpg city and 53 mpg highway. The hybrid's upper trims sacrifice some efficiency at the altar of luxury, however, and models powered by the V-6 earned ratings of 22 mpg city and up to 33 mpg highway. A four-cylinder Camry SE returned 45 mpg in our highway test, beating its own EPA rating by 6 mpg—and making it the most economical nonhybrid car we've ever tested. It even beat the Camry XLE hybrid we tested by 1 mpg. For more information about the Camry's fuel economy, visit the EPA's website.