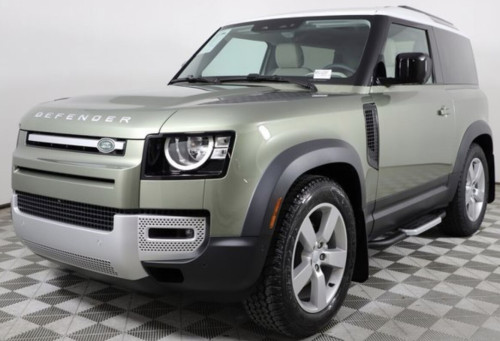 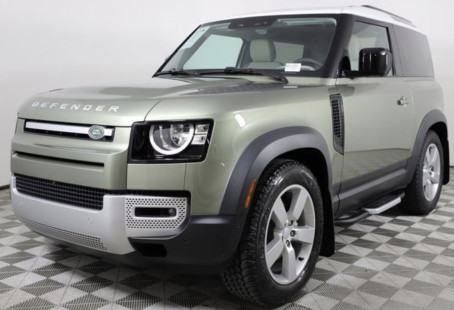 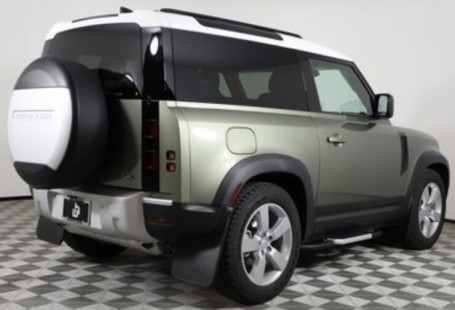 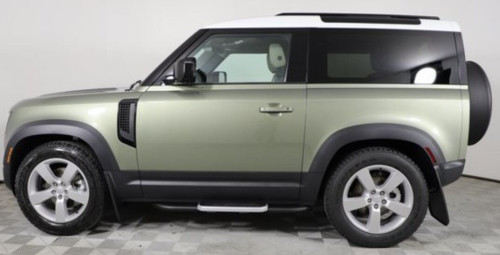 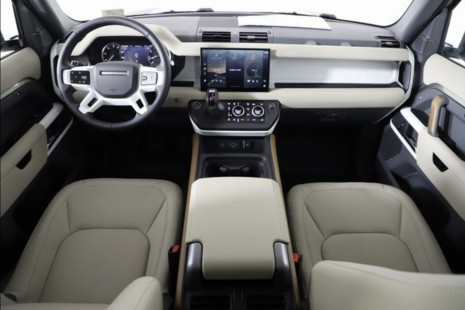 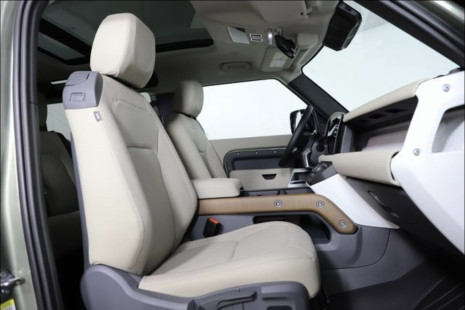 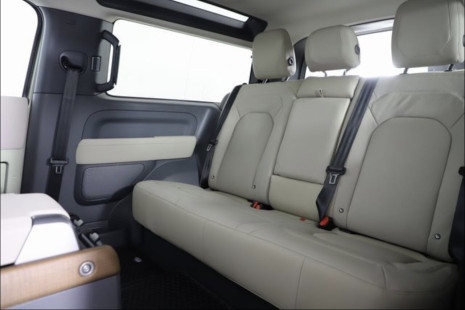 For years, the Land Rover Defender was the United Kingdom's answer to the rough-and-tumble Jeeps of America, but with the latest generation the luxury brand has engineered a higher-level of comfort to go along with the off-roader's go-anywhere capability. Both two- and four-door body styles are on offer, with comfortable and practical cabins, modern infotainment and tech features, and a signature style that is pure Defender. A turbocharged four-cylinder is standard and more powerful inline-six and V-8 engines are available; all Defenders come standard with all-wheel drive. From there, buyers are offered a plethora of advanced off-roading equipment, including locking differentials, a height-adjustable air suspension, and a special mode for wading through deep water. But the biggest benefit to the new generation Defender's setup is its superior on-road driving behavior, which gives it a level of refinement that rivals such as the Jeep Wrangler and Lexus GX can't match. The Defender carries over largely unchanged to 2023, except now its Pivi Pro infotainment system comes standard with Amazon Alexa integration. A 30th Anniversary Edition model will also be offered in limited quantities. Only 500 will be built and all dressed in white with steel wheels and comes only as the four-door 110 model with the 296-hp turbocharged four-cylinder engine. As much as we like the look of the two-door 90 model, the four-door 110 is more practical for most buyers. The base P300 powertrain—a 296-hp turbocharged 2.0-liter four-cylinder—seems peppy enough for day-to-day driving, so we'd stick with that; those who plan to tackle serious off-road trails may find the optional six-cylinder or V-8 engines to be better choices. We'd suggest the SE trim level as it adds a number of desirable features to the Defender's spec sheet, including 19-inch aluminum wheels, automatic high-beam headlamps, 12-way power-adjustable front seats, and a digital gauge display. Land Rover offers several accessory packages, each of which outfit the Defender with specifically themed features. There's also a bevy of personalization options available, but we'll leave the customization to you. The Defender is powered by a standard turbocharged four-cylinder engine mated to an eight-speed automatic transmission. Of course, every model features four-wheel drive and locking differentials for navigating treacherous terrain. The Defender is also available with a 3.0-liter inline-six which utilizes an electric supercharger and 48-volt hybrid system. Buyers looking for additional performance can opt for the 518-hp supercharged V-8, which we estimate will hustle the Defender to 60 mph in just 5.1 seconds. Unlike its predecessor, the Defender has a unibody construction versus a body-on-frame setup, and it replaces the old solid axles with a fully independent suspension. The base suspension utilizes coil springs, but it can be upgraded with an air springs that enable adjustable ride height. The Defender has 11.5 inches of ground clearance and the ability to ford through 35 inches of water, which exceeds both the Jeep Wrangler's maximum clearance and its wading ability. The EPA's fuel economy ratings for the various Defender models are fairly similar regardless of what's under the hood. The 90 model with the four-cylinder receives ratings of 18 mpg city and 21 highway. Step up to the six-cylinder engine and the 90's city rating drops to 17 mpg but the highway rating goes up to 22. The 110 model with the six-cylinder engine has the same estimates as the six-cylinder 90. The V-8 variant is rated for 14 mpg city and 19 mpg highway. On our 75-mph highway fuel-economy route, a Defender 110X with the optional six-cylinder powertrain delivered a disappointing 18 mpg. For more information about the Defender's fuel economy, visit the EPA's website. The Defender's cabin walks the line between premium and utilitarian, with just enough design cues from the rest of the Land Rover lineup to make those familiar with the brand feel right at home. Exposed rivets in the door panels add a particularly rugged appearance, and a magnesium beam that runs the full width of the dashboard isn't entirely cosmetic—it's also structural. Under the infotainment display, a trapezoidal extension of the dashboard provides a place for buttons and switches for the climate-control system and driving mode. The shift lever and ignition switch are also mounted on this center stack rather than the center console. In some models, the center console can be flipped back to create a jump seat between the driver and passenger, similar to a three-across bench in some full-size pickup trucks. Cargo space behind the rear seat is somewhat limited, but on par with rival off-roaders such as the Wrangler; the rear seats can be folded to open up a much larger cargo bay, but those seeking to haul people and gear may want to look at the larger Land Rover Discovery or invest in a roof-top cargo carrier. The Defender's dashboard sports a 10-inch touchscreen infotainment system that runs a new interface for Land Rover called Pivi Pro; a larger 11.4-inch display is optional. Compared to the rest of the Land Rover lineup's Touch Pro Duo interface, the Defender's system relies on a single touchscreen instead of two, offers quicker response times, and can handle over-the-air software updates for future releases. Apple CarPlay and Android Auto are both standard, as is an in-dash navigation system, a six-speaker stereo, and an onboard Wi-Fi hotspot. Both 10- and 14-speaker Meridian stereo systems are optional features and buyers of higher-end Defenders receive a digital gauge cluster and a head-up display.